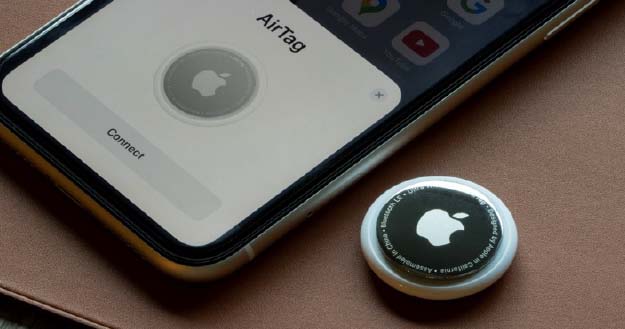 What are Apple AirTags?

In April of 2021, Apple entered the Bluetooth tracker game with their long-awaited AirTag. Starting at $29, this quarter-shaped, battery-operated Bluetooth tracking device has taken the Bluetooth tracker market by storm. Unlike other Bluetooth trackers, AirTags use Apple’s “Find My” network. When you set up an AirTag, any of the billion Apple devices within the Find My network can anonymously connect to your AirTag, giving the owner its exact location.

AirTags work by constantly emitting an encrypted Bluetooth GPS signal. Any device in range of the AirTag and in Apple’s Find My network uploads this encrypted GPS data to Apple, where only the AirTag’s owner can decrypt and then see its location.

An AirTag is a reliable way to keep track of valuable assets on the business end. AirTags can alert your employees when they leave something behind at a client’s office or event. The AirTags save the last location on a map and play a sound when you are nearby.

Just like that, anyone with an Apple device can track their AirTags and become part of the network used to follow them. For personal use, their small form factor and growing industry of AirTag accessories allow owners to track anything from a set of keys to a suitcase to their pet.

With consumer Bluetooth tracker technology still in its infancy, it’s no surprise this industry has had its hiccups. Horror stories of unknown AirTags found in purses or taped to cars have flooded the internet since their release. The aforementioned small form factor is a double-edged sword in these cases. They can be placed almost anywhere, whether for personal use or malicious intentions. Adam Dodge summarized the situation perfectly in a quote for The Verge, “It’s not a spy tool marketed as a spy tool, because it’s marketed as an AirTag, and it’s Apple.”

After a year since its release, Apple made significant changes to address some of the safety concerns of their Bluetooth trackers. These changes included reminding users when setting up a new AirTag that tracking people without their consent is a crime. In a statement released in February 2022, Apple said they would not hesitate to turn over the information of an AirTag owner to law enforcement when asked. When setting up an AirTag, it is directly linked to your Apple ID, making it extremely easy for law enforcement to connect the owner to a potentially malicious AirTag.

Unlike other Bluetooth trackers, Apple created what they call “the first-ever proactive system to alert you of unwanted tracking.” If your Apple device notices an unknown AirTag following you for a sustained period, your device will notify you, show you a map of where the unknown AirTag started following your location, and even give you the option to disable it. Once you find the unknown AirTag, you can see its serial number to help pursue legal action. Though there is no active AirTag tracking built into Android devices, there are options for Android users to scan for nefarious AirTags. Darmstadt University students released an open-source app called Airguard that actively searches for AirTags in your vicinity. Apple has released an app called “Tracker Detect” in the Google Play Store. However, this app requires the user to scan for AirTags in your vicinity manually. This system pales in comparison to the active tracking offered on Apple devices.

Though Bluetooth trackers are by no means new technology, it has become a billion-dollar industry with Apple involved. With competitors Tile already a household name in the tracker industry, and the newly released Samsung SmartTags fighting for its position in the market, Bluetooth trackers will soon be a more significant part of our everyday lives. As Apple makes safe use of these Bluetooth trackers a priority, their competitors will surely follow suit. Bluetooth trackers could have a tremendous impact in the business world as well. Schools can keep track of their devices, service providers can trace their property, and business people can easily find their keys when running late for work.