A Look at the Latest Cyber Attacks on Business in 2020 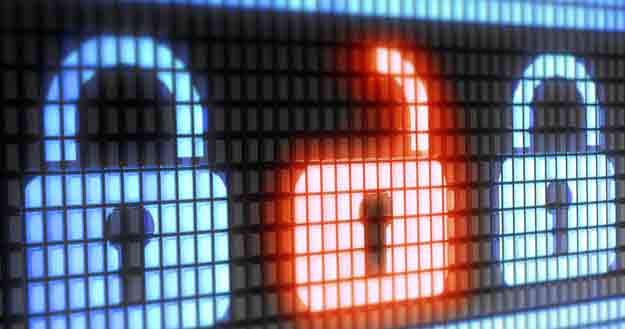 The increased number of targeted attacks on businesses should no longer be troubling. What is troubling though is the troves of data breaches and the number of successful attacks that could easily have been prevented. IBM X-Force has released its annual Threat Intelligence Index report for 2020. The report provides a comprehensive global view of the past year’s emerging cybersecurity threats and attacker tactics. Data was analyzed from hundreds of millions of protected endpoints along with data derived from the use of spam traps and honeynets.  Spam traps detect and analyze tens of millions of spam and phishing attacks daily from around the world. Honeynet networks are created with intentional vulnerabilities to invite attacks in an effort to study attacker activities and methods.

Among the highlights in this year’s X-Force Threat Intelligence Index include:

How were the attacks carried out?

Nearly 90 percent of all attacks were comprised of three major methods of attacks.

What type of attacks did hackers deploy once they infiltrated a network?

Most notable in the report, IBM Security observed a 67 percent increase in ransomware engagements compared to Q4 2018. Ransomware is a type of malware where the hackers threaten to publish the victim’s data or perpetually block access to it unless a ransom is paid. The top attacks were against file and directory shares throughout the network and accounted for over 80 percent of the attacks.

The return on their investment is big.

Within five months, ransomware attacks amassed more than $3.7 million. In another instance, an attack on nursing homes in the United States led to a $14 million ransom demand.

Who is being attacked?

To measure and evaluate the top 10 rankings, the volume of attacks observed for each sector, not the breaches, are counted. The most frequently targeted industries have been determined based on attack and security incident data from IBM’s X-Force managed networks, data and insights derived from their incident response services, and publicly disclosed incidents.

Retail
Retail experienced the second largest number of network attacks in 2019. Affected by 16 percent of all attacks on the 10 industries, it is a marked increase from fourth place in 2018.

The largest vulnerabilities were through point-of-sale (POS) malware and e-commerce payment card skimming, each aiming to siphon payment card information during a transaction via physical payment terminals or online.

Transportation
Transportation is essential to any country’s critical infrastructure. Attacks included ground transportation, maritime, and air transport. As the third-most attacked in 2019, the attacks have been decreasing, dropping in frequency from 13 percent in 2018 to 10 percent in 2019.

Airlines and airports are increasingly being targeted by cybercriminals and nation-state adversaries seeking to track travelers of interest or monetize travelers’ personal information and selling it on the dark web.

Media & Entertainment
The media sector was at 10 percent of all attacks on the top 10 sectors in 2019 up from 8 percent in 2018 and includes telecommunications, as well as companies that produce, process and distribute news media and entertainment.

Often attacked by both cybercriminals and nation-states, breaches of media and entertainment are used to influence public opinion, control information flows, or protect the reputation of organizations or countries. Nation-state groups can view negative media as a threat to their national security. Cybercriminals are finding attacks on media and entertainment as financially lucrative as they can hold stolen pre-aired media and research for ransom.

Based on publicly disclosed breaches, professional services had the greatest number of records breached out of all industries in the IBM X-Force rankings.

This industry also includes technology companies, which have been increasingly targeted because of the third-party access they possess that can be leveraged by attackers attempting to breach the larger and potentially more secure organizations they serve.

The most notable attackers seem to be a nation-state sponsored group appearing to originate from China.

Government
At 8 percent of attacks on the top 10 industries, unchanged year-over-year, the government sector has risen to the sixth position in 2019 from seventh in 2018.

Government is a high-value target for nation-states seeking to influence and gain an advantage, hacktivists seeking to expose compromising information or prove their technical prowess, and cybercriminals seeking monetary gain through extortion or stolen data.

Municipal governments have been directly targeted to collect extortion money from organizations that are less secure than those in the private sector. In 2019, more than 70 government entities were hit with ransomware between January and July.

Education
Education tied with government attacks in 2019 at 8 percent up from 6 percent in 2018.  Offering intellectual property (IP) to PII, education organizations are viable for both cybercriminals and nation-states.

Phishing emails are the predominant method. Reported breaches in October 2019 alone show at least 500 US schools were infected, mostly by ransomware. Nation-states, primarily from China, Russia, and Iran compromised university networks and then used them as a staging ground to infect media organizations and military contractors.

Manufacturing
Tied with both the government and education sectors at 8-percent, manufacturing dropped from 10 percent in 2018.  While possible this sector has seen fewer attacks, the decrease may be due to lack of regulatory reporting requirements not subject to legal disclosure.

Fund diversion is the top payload for cybercriminals. Nation-states use the compromises to plant backdoors or malware in the products.

Energy
The energy sector remained unchanged from 2018 with 6 percent of attacks on the top 10 industries in 2019 and are targeted due to their importance to critical infrastructure.

While customer data, financial material, trade secrets, and proprietary technology information is found in energy organizations, disruption and destruction of Industrial Control Systems (ICS) provide access to nation-states seeking to control operations within a targeted facility. This is extremely effective in cyberwarfare. Successful compromises of ICS can have devastating effects on energy sector resources.  Similar attacks have been used by Russia to target power plants in Ukraine.

Healthcare
Healthcare, accounted for 3 percent in tenth place of the top 10 industries, down from eighth position and 6 percent of attacks in 2018. Healthcare has been on a steady decline in recent years bolstering its security posture to protect data and devices.

Cybercriminals, motivated by financial gain, are the primary attackers against healthcare industry networks and medical devices. Aiming to sell medical records on the dark web, or to encrypt data and network-connected devices for ransomware.

Although disruption in a crisis when hospitals are affected can be detrimental, there has been no indication of nation-state interest in this sector.

What can you do?

Computer Business is a full-service information technology (IT) company offering a comprehensive suite of IT services ranging from complete IT Managed Services and Security to innovative custom-designed solutions. Computer Business has a worldwide client base in a broad range of industries including health care, law enforcement, financial, legal, technology, real estate, logistics, government/municipalities, B2B and B2C, and the U.S. military.