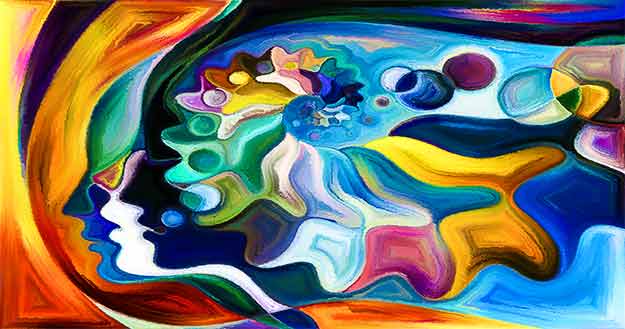 As a long-time supporter of the arts, I’m always trying to nudge others into joining the effort, especially those who have enjoyed sufficient success to make such support painless for them, and significant for whichever area of the arts they choose. Sometimes I’ll be asked in one form or another: Why support the arts? Answering that question definitely kicks me into overdrive.

Several years ago Sir Peter Bazalgette, who at the time chaired Arts Council England, did a great job of answering the question when he wrote a piece for The Guardian titled “We Have to Recognize the Huge Value of Arts and Culture to Society.” Here’s the heart of what he said: “Imagine society without the civilizing influence of the arts and you’ll have to strip out what is most pleasurable in life—and much that is educationally vital. Take the collective memory from our museums; remove the bands from our schools and choirs from our communities; lose the empathetic plays and dance from our theatres or the books from our libraries; expunge our festivals, literature and painting, and you’re left with a society bereft of a national conversation … about its identity or anything else.”

Supporting the arts helps keep all of this alive. I recall during my service in the Navy how much I appreciated the discounts different arts organizations provided to the military so that price wouldn’t be a barrier to continuing to enjoy them. For the arts to thrive they must be widely available to all.

History through the Arts

I’ve always been a history buff, and in many ways, I see the arts as providing another form of history—a very human history. The visual arts, plays, music, and literature from any point in time provides a richer view into the human experience than can mere history books. Even the great plays of Shakespeare, written 500 years ago and still amazingly relevant, were themselves a reflection of what had come before. The arts help us understand life, and to imagine new ways of being. I was fortunate to have been introduced to the arts at an early age, and believe they helped guide—and continue to guide—my way through life.

History of support for—and freedom of—the arts provide a guide to the quality of governments at any point in time. Show me an oppressive government, and I’ll show you a place where the arts are tightly suppressed. Under Stalin in the former Soviet Union, it was dangerous to be an artist of any kind. The same was true of China during its bloody Cultural Revolution when an estimated 2,600 people in the field of arts and literature were revealed to have been persecuted by just the Ministry of Culture. Both countries today continue to suppress critical voices, whether in the arts, the media, social media, or other platforms.

Repression of the arts—and the society from which arts emerge—leads to stagnation. The arts encourage and enhance creativity, and creativity has always been one of the greatest forces behind the innovation and growth that advances civilization.

So far, I’ve talked about the arts in terms of advancing society, but let’s not ignore the enormous joy and life-enhancing experiences that can come from simply sitting in the audience for a play. Watching Nicholas Nickleby at Orlando Shakes was astonishing. The stage was redesigned to enable the actors to wander into the audience area, providing a thoroughly engulfing experience. The play The Best of Enemies did much the same, in which the audience became attendees at a rally, making us all part of the play. I get a similar impact every time I see Macbeth. I feel as if I am a guard at the castle or in the forest hidden amongst the tress looking on as the witches plan their strategy in the opening act.

Even something as seemingly predictable as the Nutcracker ballet can surprise. Watching Nutcracker at the Fox Theatre in Atlanta was an experience I’ll never forget. The audience was made to feel as if we were sitting in the yard outside, watching through the windows as Clara and her family celebrated Christmas Eve. The production put a cool misty breeze across the audience, making us feel the cool moist outside air, while a bit higher, steam puffs were released to send clouds  across the scene. Meanwhile you could hear crickets in the background. They did an amazing job of making the audience feel they were sitting outside, and part of the show.

Shakespeare in the Park deserves special recognition for making the arts accessible. My favorite Shakespeare play is A Midsummer Night’s Dream, and my favorite productions have been those that are staged outside, under the stars. As a longtime supporter of Orlando Shakes, I admire how they kept alive the relevant the works of William Shakespeare, as well as how they’ve brought to life a world of plays by other writers.

While live theatre is special, enormous good has come from PBS television—including the magic of Mr. Rogers’ Neighborhood and Sesame Street; and from National Public Radio, which in many ways created the model for the emerging world of podcasts. The visual arts are also engaging. Every city I visit, I seek out a museum.  Recently in Kansas City, the first thing I did was go to the Nelson-Atkins Museum of Art.  I often attend the Orlando Museum of Art’s special exhibits, and recently experienced the phenomenal Van Gogh Alive exhibit at St. Petersburg’s Dali Museum.

Art in all of its forms has the ability to transform lives for the better. Art challenges the status quo and nudges us forward. It gives all of us new ways of seeing and experiencing our own journey through life. Art can also serve as a warning, as Aldous Huxley’s Brave New World, seems all too close, 80 years after its publication. For all these reasons and more, I proudly and enthusiastically support the arts and hope you will too.

Clinton A. Pownall is the President & CEO of Computer Business Consultants and has been in the IT field since 1990. Pownall served in the U.S. Navy for six years as a Weapons Systems Technician and has a Bachelor of Science in Computer Engineering. Through Computer Business, he was one of the first to pioneer VoIP technology using satellite communications. He is a member of the Florida Police Chiefs Association, and advises law enforcement agencies on cyber security. Pownall serves on several boards and committees and has a strong affiliation with various arts and education groups, local school districts, and served in regional efforts of the Bill & Melinda Gates NextGen Foundation. He’s served as a Vice President of the Board of Director for the Orlando Shakes Theater and is heavily involved in the South Lake Chamber of Commerce, West Orange Chamber of Commerce, and the Orlando Economic Partnership.